By the time her massage therapist had referred Marie to me, she had already had her frozen shoulder for 7 years.  She was now 60 years of age, working full time, and raising her young grandchild on her own. Her frozen shoulder began when her husband had died. Her son was ill with cancer that same year, and shortly thereafter her daughter-in-law died in a fatal car crash.

Marie had never taken time to grieve. Most people think our emotions are “out there” somewhere in our head, but in reality they are chemical reactions in our body.

On my massage table…

– we also released the years of held back tears, and helped her to process the grief locked in her tissues and create ease of movement

Well we did lots of other energy work too, but as she left the treatment room she was shocked when she grabbed her coat with her previously frozen arm! She looked at me in absolute wonder as she asked “how long will it last?”

Surprisingly frozen shoulder conditions affects nearly two percent of the general population, especially those between the ages of 40 & 60. 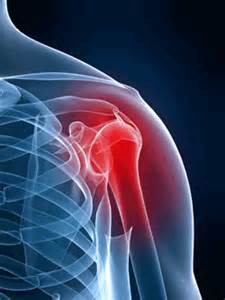 We’ve all felt it at some time  –  a throbbing pain in the arm and a dull ache in the shoulder joints, perhaps a sudden disabling inability to raise your arm up to a certain level, or move your arm behind you, or off to the side, and it is worse at night when you try to sleep.

Western medicine typically offers numerous factors as the cause of  frozen shoulder conditions. These may include a previously untreated shoulder injury, lack of synovial fluids in the shoulder joint, diabetes, heart diseases, hypothyroidism, and aging.  The cure is often pain killers, surgery, or people choose to just leave it alone and live with it. All of these are all valid, but when we also uncover the unconscious emotions locking up our body chemistry then we can often hurry up the healing process.

Body Talk to the rescue! By following the body’s innate wisdom, BodyTalk often leads us to using Eastern medicine and discovering the unconscious reasons for this infirmity, so we are surprisingly very successful in reversing the locking up of the energy in the shoulder area.

Usually, it doesn’t happen in just one session, but Marie had already been working physically to release the tension. I do not judge, I just let miracles happen as they may.

Surprisingly interesting: this year, 2015, we seem to be encountering a pandemic of frozen shoulders amongst Healers, especially. So much so that John Veltheim, my mentor has created a specific body psychology class to deal with this directly. I can’t wait to learn more.

Who do you know that is suffering with a lingering PAIN?  Pain means Pay Attention Inwards Now. A few BodyTalk sessions can help them get in touch with their energy, clear it up,  and help them enjoy a better quality of living.

Call Jess to Relieve the Stress, and together we can  RECLAIM YOUR LIFE, refresh your mind and renew your spirit !

Did you have a Vanishing Twin? Download the free quiz and eBook.

The Joy of an Ex