Ron had a continuous problem with headaches at work. They started about 30 minutes after arriving at work, and he would only get relief with pain killers or when he went home.

Using BodyTalk, it was apparent that there was a wall hanging near his desk affecting his environment.Further exploration with Body Talk uncovered it as something his boss had brought back from a trip to New Guinea.

The boss thought it was a clever replica of a shrunken head. In the session, it was  established that it had a lot of bad energy around it, and once it was removed from Ron’s space, the headaches stopped.

Although this was an unusual case – because it’s not every day most of us encounter “shrunken heads”, it shows that it is also not always what we think it is causing us PAIN or an imbalance in our energy fields. 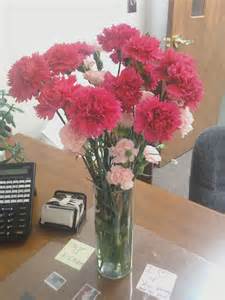 Susan, kept getting stabbing pains behind her eyes, constant frustrating tears flowing  and visits with the optometrist and family doctor could find nothing wrong. Her doctor diagnosed this as a possible precursor to migraines.

She loved her job, her coworkers were good friends but lately since she couldn’t find relief, she wondered if she had suddenly developed an allergy to carnations.

In the session it turned out to be the flowers on her colleague’s desk! The issue wasn’t the flowers, but rather what they represented. They were a gift from the colleague’s boyfriend, (however the problem arose because Susan knew the colleagues husband and this strained her values, integrity and loyalty issues and created this huge unconscious stress reaction).

Once we diffused the anger and resentment spears from the flowers her issue resolved itself. Interestingly enough the universe recently gave her a lateral promotion to a different department and she no longer has to lose energy to this intolerable secret she previously felt forced to keep.

If you’ve been doing everything right, seeing your doctor, your specialist, your chiropracter, a naturopath, an osteopath and something keeps reimplanting the pain. Let your body talk, it has the answers you are aching to know. Call Jess, give me your body and I’ll give you back your mind. You deserve Relief.

Of interest…Can you relate? What was Sabotaging Rachel’s health … do you know anyone like this? One client came in this week wanting to clear a fear that had become a phobia and was taking over her life. As she saw it she feared “waking up” and going to her family reunion but at…

Have you found that the goals your Mind sets for you, do not always come to pass? But those your Soul inspires always come to fruition! Have you ever noticed it is easier to “remember” than to “create”? What if energetically we have been setting goals backwards, into resistance instead of into ease and flow??…

Keep tuned for more events in May & June: Just to tease you, more to come… May 11, 2013: Reiki 2 Through Distance and Time seats still available May 25, 2013: Dave has consented to bringing us another transformational BodyTalk Access Class to Barrie, a few seats left register here Reminder: Mothers Day is May…

Spring is here! Just the idea of warm weather is enough to put a smile on our faces. Goodbye, snow! It’s time for you to go, so we can start to thaw out. The energy has shifted and  it’s time to start fresh and clean up (and I don’t just mean your house)! Maybe…

HAPPY NEW YEAR!!! Yes. It is still the New Year Are you an “OMG  January is almost over, I’ve blown my resolutions” type of person?  or  Are  you more of a “It’s only 4 weeks into the New Year, this is awesome. I’ve had a great start. It’s only just begun, this is going…

At Transformational Tuesdays we meet each month to fill your energetic cup. When your energy is flowing so are your finances. Think about this…you are energy, everything that has been created has a natural flow and when it operates in that flow there is no struggle. * Dis-ease is resistance to flow. * Debt is…

Did you have a Vanishing Twin? Download the free quiz and eBook.

The Joy of an Ex